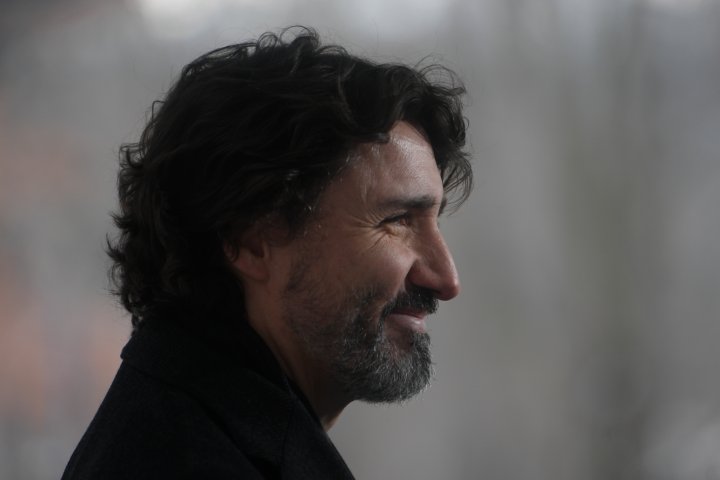 Prime Minister Justin Trudeau says the federal government stands ready to jump in and help provinces with their vaccination efforts as millions of vaccines await administering in freezers across the country.

According to a series of tweets issued by Health Minister Patty Hajdu on Monday night, a total of 10 million vaccines have been distributed to the provinces to date – but as of Monday night, over 3.5 million of those jabs have yet to go into the arms of Canadians.

“I think people recognize the fact that we must all speed up the vaccination process,” Trudeau acknowledged on Tuesday.

Trudeau said the provinces have been “very clear” that they feel vaccination is “something that they’re able to handle on their own.”

“But as always, we have a Team Canada approach and if anyone needs extra help, the federal government will be there — as we have from the very beginning,” he said.

As of today, we have delivered 10 million #COVID19 vaccines across Canada! Here’s how we’re working with provinces and territories to protect communities: pic.twitter.com/YEKT2CDOO0

In her tweets, Hajdu went on to list every province and territory’s vaccine administration figures against the total doses they’ve received – and provided links Canadians can follow to learn where they can get their vaccines.

When pressed on the tweets, she said the goal was to provide the vaccination information in a more “accessible format” for Canadians.

“Obviously everybody is anxious to get vaccinated. In some jurisdictions, in some provinces and territories there’s a high degree of confusion and concern, and so this information is presented to Canadians so that they have the facts as they try to figure out when their turn will come for vaccination.”

Some premiers have been vocal in their criticism of the federal government’s vaccine procurement efforts, including Ontario Premier Doug Ford.

Less than two weeks ago, Ford told reporters that the procurement efforts were “a joke.”

“We do not have enough vaccines from the federal government and it’s a joke,” the premier said at the time. “Fifty-fifth in the world.”

Canada only recently started receiving much larger shipments of vaccines, in what politicians and public health officials have called the “ramp-up” phase of the vaccination effort. Provinces insist they’re ramping up their vaccine rollout to match these deliveries.

“Every single vaccine dose received has been allocated to a waiting Ontarian who has booked an appointment through public health units, hospitals, primary care physicians, and over 700 pharmacies across Ontario,” said Alexandra Hilkene, a spokesperson for Ontario Health Minister Christine Elliott.

She added that “almost all” of the doses in Ontario’s freezers were received “over the Easter long weekend.”

“Now that we have received the supply, we have dramatically increased pharmacies, expanded primary care, and more mass vaccination sites, including those that had to pause operations because of a lack of supply, are coming online.”

It’s a message that Ford echoed in a Tuesday press conference.

“We need more vaccines,” Ford said, noting that the latest shipment had only just arrived and “they’re already being distributed.”

“We just got those. We literally got them a few days ago,” Ford said.

“Before that, we were running out, and we’ll continue to run out.”
According to COVID-19 Tracker Canada, Ontario already had 460,000 doses in storage prior to the long weekend’s delivery of 1.2 million doses. To date, Ontario’s total vaccination effort has seen over 2.5 million doses administered.

In their defense of their own rollout, a spokesperson for the Manitoba government made similar claims.

“Based on our projections, Manitoba will run out of vaccine not allocated to our partners (medical clinics and pharmacies) if we don’t receive vaccine shipments within approximately a week,” they wrote in an email to Global News.

However, COVID-19 Tracker Canada found that the province has over 155,000 doses currently waiting in its freezers. To date, Manitoba has administered 216,000 doses.

Hajdu said it makes sense that provinces and territories would be administering vaccines “as they get them.”

Hajdu wouldn’t directly respond to repeated questions about whether she believed the provinces were moving too slowly.

“I think that it’s hard for me to give you a general answer, because of course provinces and territories have very different strategies across the country. But what I can tell is we’re watching closely and stand ready to assist any province or territory who’s having a challenge in rolling out vaccination,” Hajdu said.

One expert is also cautioning Canadians not to read too far into the numbers of vaccines that are still in freezers.

“There’s a lot more to it happening behind the scenes, than just people sitting on a stockpile of vaccine because we can’t administer it fast enough,” said Dr. Zain Chagla, an infectious disease specialist.

It’s important to ensure the speed of the rollout doesn’t make us lose sight of efforts to ensure the jabs are going to the right places, Chagla said.

“If you want them to curb transmission, you have to make sure [the vaccines are] actually going to places where things are transmitting. There’s so many other people in the cue, people at risk of death, severe disability, medical conditions, all that stuff,” Chagla said.

He added that speed “sometimes favors inequity,” as more vulnerable Canadians may get lost in the shuffle of a rapid fire rollout.

Provinces will also need to keep a certain number of doses in their fridges in order to plan for the week ahead, Chagla said. That means vaccines sitting in freezers may be “an expected part of the ramp up.”

“You have to build these clinics to run seven days, but you have to have vaccine out for that seven days if there’s any disruption or supply chain issues, that the deliveries aren’t showing up or that type of thing. I think we need to think about it, again, in a seven day mindset in terms of inputs and outputs.”

Meanwhile, Hajdu said the race between the vaccination efforts and the spread of COVID-19 continues as they jockey for a first-place finish.

“Canadians are anxious and they want to get vaccinated and we know that time is of the essence,” Hajdu said.

“This really is a race between the virus and vaccination.”

As for her tweets, Hajdu said she intends to continue to update Canadians on the provincial vaccination numbers “weekly.”

“We want to make sure, as we move forward, that Canadians can count on credible information that’s updated on a regular basis.”