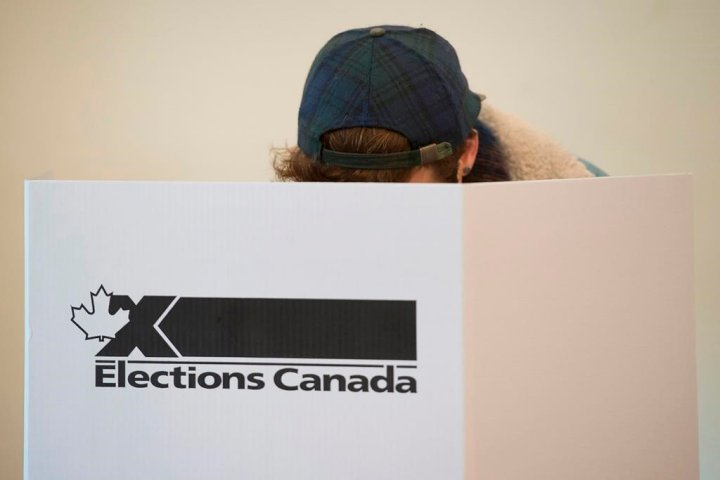 With Labour Day in the rearview mirror — and the federal election just weeks away — political experts say there are a few key Manitoba ridings worth keeping an eye on as the race heats up.

“That’s been the case during the 1990s it was Liberal, when Jean Chretien was prime minister, and then in the year 2006 it went to the Conservatives when Stephen Harper won the national campaign.”

“I would say you want to watch Winnipeg South because that really is a bellwether for the country.”

Adams is also interested in Winnipeg North, where he says longtime Liberal MP Kevin Lamoureux is facing a strong challenger in NDP candidate Melissa Chung-Mowat, and Charleswood–St. James–Assiniboia–Headingley, where Conservative Marty Morantz is facing off against the riding’s former MP, Liberal Doug Eyolfson.

Mary Agnes Welch, a partner at Winnipeg-based polling firm Probe Research says a riding worth watching outside of the Perimeter Highway is Churchill–Keewatinook Aski, a seat currently held by the NDP’s Niki Ashton.

“That is maybe an interesting reading because the Liberals have held it in the past,” Welch said this week.

“There’s maybe some some local and and province-wide frustration among Indigenous leaders, for example, with how Nikki has sort of handled that riding So that might be interesting.

“I think it would take a lot to defeat Nikki Ashton, but I’m also kind of just watching the numbers a little bit on that one.”

But it’s not just ridings that may flip that are worth watching this time around in Manitoba.

Both Welch and Adams agree Liberal Dan Vandal is likely a lock in Winnipeg’s Saint Boniface-Saint Vital riding, but with nearly two dozen candidates — including the leader of the fringe Rhinoceros Party — on the ballot, both political watchers say the race may be Manitoba’s most interesting.

“He’s not a resident of Manitoba, but he is running in the Saint Boniface-Saint Vital riding,” says Adams of Rhinoceros Party leader, Sebastien CoRhino (born Corriveau). “And, you know, when things get preposterous you vote rhinoceros, that’s their old slogan.

“But that’s a real fringe party and doesn’t really I can’t see them having any chance.”

Meanwhile, People’s Party of Canada leader Maxime Bernier has been making waves at rallies held around Manitoba, and Adams says his presence may have an impact in splitting some votes.

“It might have a bad effect on the Conservative Party, I’m thinking in particular of (Charleswood–St. James–Assiniboia–Headingley) but also Winnipeg South,” Adams said.

“In those very tight races, the People’s Party might have an impact on on the Liberals or the NDP squeaking through.”

Both Adams and Welch say issues like mandatory vaccines and passports, the handling of the pandemic and climate change are likely to be the biggest concerns weighing on voters’ minds when they go to the polls Sept. 20.

— with files from Brittany Greenslade