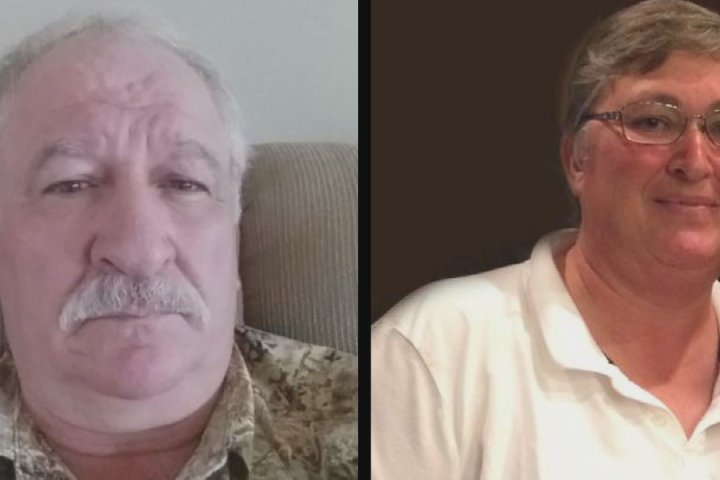 Sheree Fertuck didn’t have animosity toward anyone other than her estranged husband Greg Fertuck, who was physically and verbally abusive, one of the couple’s adult children testified Wednesday.

Lanna Fertuck, 23, said she was in elementary school when her parents separated, mostly due to her father’s drinking and gambling issues.

“My dad would be very violent with (Sheree). He threatened her life multiple times,” Lanna testified via video. She also told court how her parents fought over money and their investments.

After her parents split up, Lanna said she and her two siblings didn’t want to see their father. She testified that he would say “nasty” things about Sheree to her children, accusing her of “poisoning” their minds and trying to brainwash them.

“I would say he was drunk more often than not,” she told court.

Greg Fertuck, 67, is on trial for charges of first-degree murder and offering an indignity to a body related to the Dec. 7, 2015, disappearance of Sheree. Her body has never been found.

He was charged in June 2019 after a police sting involving undercover officers.

Lanna said Greg Fertuck is the only person who would have had a motive to kill her mother. She acknowledged giving a list of names that Sheree may have had “tiffs” with, but said there was never any violence with those people.

Under cross-examination by defence lawyer Morris Bodnar, Lanna testified that one of those names belonged to a man who lost a $2 million gravel-hauling contract to Sheree.

In the days leading up to her disappearance, Greg Fertuck was working for Sheree. Bodnar said the accused “had everything to lose and nothing to gain” from the death of his estranged wife. Lanna disagreed with the statement, along with the suggestion that her parents were in the process of reconciling.

Lanna recalled feeling worried on the afternoon of Dec. 7, 2015, when she tried calling her mother, but it went straight to voicemail.

“She always answered unless she was out of service,” she said.

The next day, she drove to the family farm close to Kenaston, 85 km south of Saskatoon. She went to the nearby gravel pit with her grandmother and searched to no avail.

Sheree’s truck, jacket and cell phone were at the pit. None of Lanna’s calls had gone through.

“It kind of looked like she had just left everything in there,” Lanna said.

The daughter said she spoke with her father the day after Sheree’s disappearance. She testified that he told her he hadn’t seen Sheree.

In his opening statement Tuesday, Crown prosecutor Cory Bliss told court the accused was the subject of a Mr. Big sting. The method involves undercover officers who pose as members of a criminal organization, befriend a suspect and try to get that suspect to admit to a crime.

The practice is controversial, as opponents say the stings can lead to false confessions.

The entirety of the Crown’s evidence during the trial is expected to be presented in a voir dire before Justice Richard Danyliuk decides whether or not the evidence can be admitted.

On Wednesday, court also heard from two RCMP witnesses who photographed the gravel pit where Sheree’s family found her semi-truck.

Sgt. Ryan Clunie recalled seeing tracks from a payloader, ATV and other vehicles that drove through the pit prior to his arrival. His notes described the scene as “extremely contaminated.”

“There had certainly been more people through the scene than I would like to see,” he testified.

Clunie swabbed the bucket of the front-end loader and detected the presence of blood on a bolt inside the bucket. On Tuesday, the Crown said Greg Fertuck used the loader to lift Sheree’s body into the back of his pickup truck.

Under cross-examination, Clunie said it was never determined if the blood was animal or human because the swab technology doesn’t differentiate between the two.

Clunie also noted a drop of dried blood inside the tailgate of Greg Fertuck’s truck after it was seized by police. He said the drop matched Sheree’s DNA profile.

The officer said he couldn’t speak to how the blood was deposited there or what positon the tailgate was in at the time the blood was left.

“I can’t make any determination how old that stain would have been,” Clunie testified.

Justice Richard Danyliuk viewed a series of photos Wednesday, including images of the gravel pit taken days after Sheree’s disappearance.

Sgt. Terry Heroux said the case was initially a missing person investigation, and there was concern Sheree may have been buried alive in the gravel. Someone had used the front-end loader to move gravel around in a search for her, he said.

Read more: ‘It doesn’t seem to get any easier’: Sheree Fertuck’s mother says a year later

The Crown contends Greg Fertuck used a car wash on 11th Street in Saskatoon after disposing of Sheree’s body near the pit. Heroux testified because it was early December, the car wash had been busy.

“There was nothing of evidentiary value in that car wash, so it was not processed,” he said.

Heroux was part of a Dec. 20, 2015 warranted carried out at Greg Fertuck’s home in the Holiday Park neighbourhood. Officers seized and took pictures of various pieces of clothing, including multiple pairs of boots. They also obtained a rifle, .22 calibre ammunition and a .22 calibre magazine.

On Tuesday, the Crown alleged Greg Fertuck got rid of the gun used to kill Sheree, leaving the firearm in an area west of Saskatoon.

Heroux also participated in a June 25, 2019 search of the home, which recovered the barrel of a gun, more ammunition and multiple cell phones.