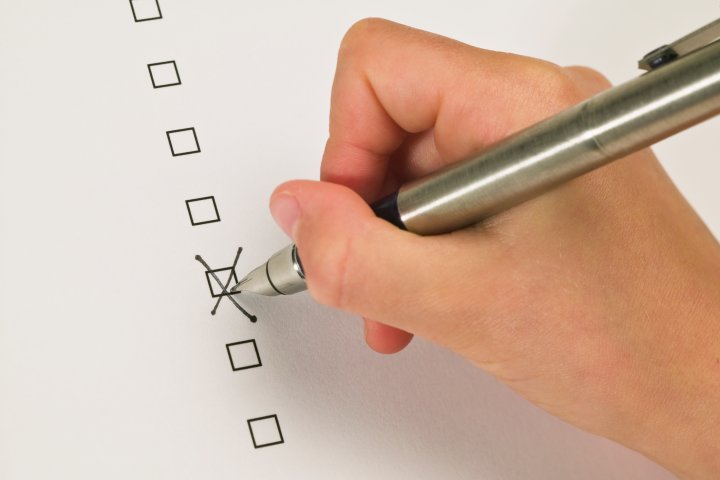 People voting by mail could play a crucial role in deciding the outcome of the federal election, figures show.

Postal votes, which have seen a surge in popularity owing to COVID-19, could dictate which party wins in a series of ridings facing a photo finish.

The closest race is in Coquitlam-Port Coquitlam, B.C., where the Liberals fought off a Conservative challenge by only 153 votes at the 2019 federal election.

Read more: How to vote by mail in the 2021 Canada election

By Tuesday, more than 5,200 residents there had applied to vote by mail, and at least 1,850 had already returned their ballots.

Election officials do not start counting local postal ballots until the morning after polling day, raising the prospect of a delayed final result and nail-biting finish, like in the U.S. election.

A clutch of tight races in Ontario, Quebec and B.C. could decide which party — if any — seizes a majority.

Across the country, over one million people have applied to vote by mail, many because they do not want to vote in person during the pandemic. Over half a million have already returned their ballots.

By Tuesday’s deadline, more than 914,000 Canadians had registered for special ballots where they live. Over 121,000 have applied to vote from other parts of Canada, and over 50,000 from overseas.

One of the closest fights is in the Yukon, which returns a single MP. At the last election, the Liberals fought off the Tories by only 153 votes.

Five candidates are fighting to succeed Liberal Larry Bagnell in the huge seat, where access to a polling station can prove difficult in remote areas. More than 2,000 voters have applied for mail ballots in the riding, and more than 1,500 have already sent them back.

Another close fight is in Richmond Hill, Ont., where the Liberals fended off a Tory onslaught by only 212 votes in 2019. Over 3,200 voters have applied for postal votes in the riding this time.

In Quebec — an electoral district in Quebec City — Jean-Yves Duclos, a cabinet minister in Liberal Leader Justin Trudeau’s government, fought off a challenge from the Bloc Quebecois by 325 votes in the 2019 election. More than 1,900 voters in the riding have applied to vote there by mail this time.

Postal voters could also decide the outcome in Hochelaga, Que., where Liberal Soraya Martinez Ferrada held off the Bloc Quebecois by only 328 votes at the last election.

In a knife-edge battle in Kitchener-Conestoga, the Liberals are fighting hard to hold off a Tory challenge. Liberal Tim Louis won the seat by 365 votes in 2019.

Elections Canada expects to see record numbers of mail-in ballots cast this time, though fewer people have applied than they predicted.

They have warned that, while postal votes are counted, the final election result could be delayed for days. Close results could also see demands for recounts.

Before they are counted, mail ballots have to be verified by returning officers — including checking if people have sent in multiple ballots or already voted in person.

In an online Leger poll, conducted in co-operation with The Canadian Press, five per cent of respondents said they had already voted by mail, while 19 per cent voted in advanced polls, with only a week to go before election day.

Voters, including Canadians living abroad, had until 6 p.m. Tuesday to apply for a mail-in ballot. As of Monday, over 53,000 expatriates had applied to vote remotely. Some consulates in countries with a large Canadian expatriate community, including Hong Kong, have offered to courier back ballots by polling day to beat delivery delays.

In Ottawa Centre, where a large proportion of federal government employees live, more than 8,800 residents have applied to vote by mail. The Liberals, who won the seat with a hefty majority in 2019, are facing an energetic challenge from the NDP. More than 3,800 people have registered to vote by mail there, with many located in other parts of Canada or overseas.

Victoria has the greatest number of voters casting their vote by mail. The seat is a three-way battle between the incumbent NDP, the Greens, who came second, and the Liberals who came in third last time. Over 11,600 voters have applied for mail ballots in Victoria, and more than 3,800 voters have already returned them.

In Saanich-Gulf Islands, B.C., held by former Green leader Elizabeth May, more than 10,000 voters have opted to mail in their votes. Almost half of them have already returned them.

— With files from Mia Rabson and Joan Bryden