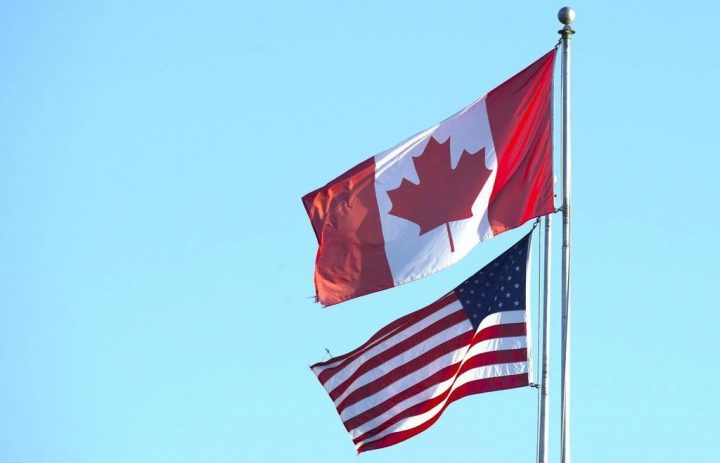 The federal government is expected to waive the $5,700 fine multiple British Columbians received on Monday for returning to Canada without producing a negative molecular COVID-19 test.

The travellers told the Canada Border Service Agency border guards they were going to the United States to get gas.

The federal government announced over the weekend an exemption for Canadians travelling to get gas and food to the current law requiring a negative molecular COVID-19 test.

The exemption was put in place to help remove pressure on Metro Vancouver’s gas supply after the provincial government put in a cap of 30 litres per day for non-essential vehicles.

The rule change was just one policy amended to help British Columbians deal with the aftermath of last week’s storm.

Marlane Jones told Global News she travelled from her South Surrey home to the United States on Monday morning. She filled up her vehicle with gas and returned the Pacific crossing within 10 minutes.

“I came back and CBSA issued me a $5,700 fine because they said I was returning without the mandatory PCR test,” Jones said.

“The other option was to go further south and get the PCR test and wait for the results up to 72 hours. I had no medication, no clothes with me so I got the ticket.”

The CBSA border guard told Jones she was the ninth person as of 8 a.m. Monday morning to have been fined.

She was given a COVID-19 test at the border but it was missing a piece. Jones then went and received a PCR test in Surrey and must now isolate at home until it comes back negative.

“I thought I was doing a good thing. I have got to tell you, it was pretty intimidating coming into Canada as a Canadian and having the CBSA speak to you like that,” Jones said.

The $5,700 fine was levied on behalf of the Public Health Agency of Canada for violations of The Quarantine Act.

Senior government officials have told Global News PHAC will not be pursuing the fines issued to Jones and others.

The CBSA have now been given now instructions and the rules were misapplied in this case.

B.C. Public Safety Minister Mike Farnworth said he reached out to federal minister Bill Blair as soon as he heard about the fines.

“It is my understanding that, in some instances, British Columbians may have been erroneously ticketed while travelling for valid and essential reasons such as accessing fuel and food,” Farnworth said.

“I will be following up with Minister Blair to ask about these reported cases of British Columbians being ticketed for essential travel. Should the travel in these instances prove to be essential, I will ask the Federal Government to resolve this issue as soon as possible.”