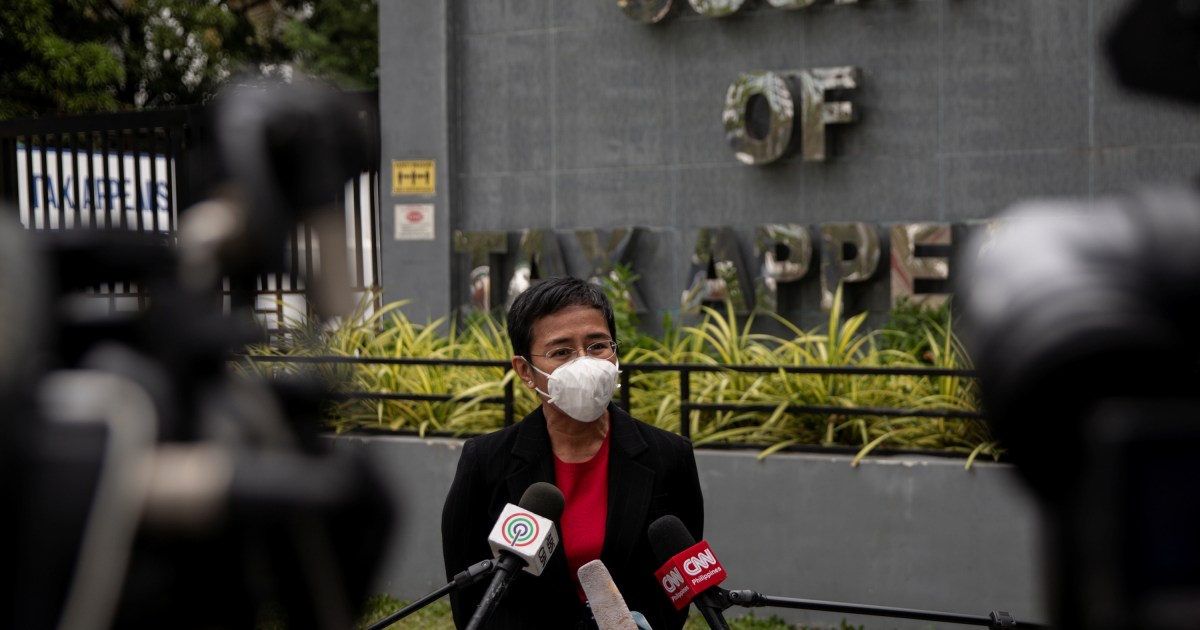 Nobel laureate requires special permission to travel abroad due to pending cases brought against her under the Duterte administration.

An appeals court in the Philippines has allowed journalist Maria Ressa to travel to Oslo next week to personally accept her Nobel Peace Prize for 2021.

Ressa, the CEO of the Manila-based news website, Rappler, was awarded the prestigious prize alongside Russian journalist Dmitry Muratov over their work in fighting misinformation and the spread of fake news on social media.

Because of several pending cases, including a cyber-libel conviction, brought against her and her news organisation under the administration of President Rodrigo Duterte, Ressa is required to ask for special permission from the court every time she travels abroad.

In a resolution issued on Friday afternoon, the Court of Appeals granted Ressa’s motion to leave the country on December 8 to attend the awarding ceremony in Norway’s capital on December 10. It directed Ressa to return to the country by December 13.

Earlier on Friday, Ressa told Al Jazeera she had just arrived in the Philippine capital following a trip to the United States to attend a month-long series of lectures at Harvard University in Boston.

During that period, she had also informed the court that she was planning to visit her ailing 76-year-old mother in Florida during the Thanksgiving holidays.

The appeals court had allowed her to travel to the US saying it was necessary for her to be physically present at Harvard to deliver the lectures. That permission was issued just days after her Nobel Peace Prize was announced.

The Court of Appeals had previously denied Ressa’s trip to the US to accept the 2020 International Press Freedom Award from the National Press Club.

In December 2020, the same court also had denied her request to visit her mother, saying it was not considered necessary and urgent travel.

Duterte’s lawyer, Solicitor General Jose Calida, had expressed his opposition to Ressa’s trip to Norway, saying she is a flight risk.

Ressa, who also has US citizenship, has repeatedly said that “exile is not an option” for her and that she has chosen to live in the Philippines.

During dozens of previous trips abroad, Ressa had also consistently returned to the Philippines despite facing several charges as well as threats from supporters of Duterte.