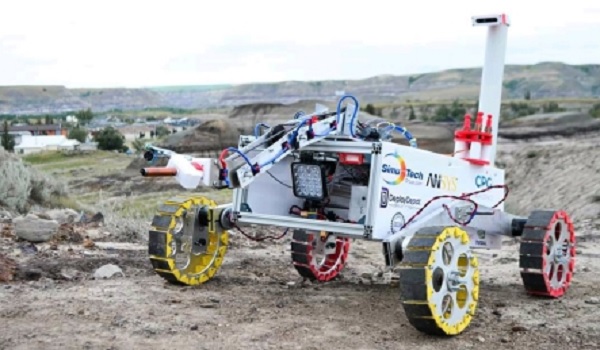 The University of Guelph’s robotics team may have endured a sophomore slump.

They were unable to duplicate their 2019 result at the 2022 Canadian International Rover Challenge, which sees teams competing in a series of events and courses on the Alberta badlands that simulate an exploration of Mars.

The team finished 12th out of 13 teams that competed in Drumheller, Alberta last week.

In 2019, they placed sixth, earning them “rookie team of the year” honours.

One of the members of the Guelph robotics team, Spencer Ploeger, said they could not recover from a bad start.

“There were communication issues, and not being able to see out of the cameras,” said Ploeger. “We did a lot of frantic troubleshooting, and by the end, we were able to get the rover working well.”

He said there were four US-based teams that took part in the competition: Michigan, Washington, Iowa and Oregon State, while the rest were from Canada.

Most, if not all, of the teams competing in the event had been doing it for years. It was just the second CIRC event for Guelph’s robotics team.

“One team had a $9 million endowment fund and were able to pull money from that as they needed,” said Ploeger. “It showed the caliber of teams that were there and, considering we were up against a team like that, we were happy with our performance.”

Ploeger said they are in the process of bringing the rover back from Alberta and will start working on the machine for next year’s event.

“We had our recap meeting and are planning on how to simplify things,” Ploeger said. “A lot of the more successful teams at the event had much simpler robots.”