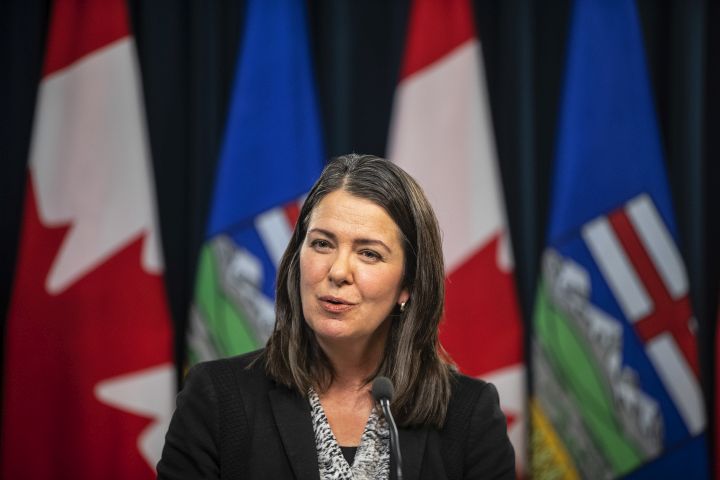 A former member of Alberta’s legislative assembly and key fundraiser for war-torn Ukraine says he’s skeptical about Premier Danielle Smith’s apology for remarks she made about the country’s conflict with Russia.

Thomas Lukaszuk, who has been raising millions of dollars in humanitarian aid with former Alberta premier Ed Stelmach for Ukraine, said he wants details on how Smith’s stated views have evolved, adding it is damaging the fundraising effort.

“I personally don’t buy it (Smith’s apology), but the fact is we are where we are, and the situation in Ukraine is real and Ukraine requires more help now than ever,” Lukaszuk said in an interview Wednesday.

Lukaszuk said it will be up to members of Smith’s United Conservative Party and Albertans to judge her apology, but added Smith will have a chance to make amends by following through on promises of tangible aid for Ukraine.

On Friday, freelance journalist Justin Ling published comments Smith made on social media platforms before she became leader of the United Conservative Party and premier.

In those posts, Smith said it would be better for Ukraine to follow Russia’s desire to remain militarily neutral, questioned whether parts of Ukraine might not be happier under Russian influence and wondered whether Ukraine provoked the conflict.

Lukaszuk said those are all false narratives pushed by the government of Russian President Vladimir Putin.

He said given that Smith made the original comments just months earlier, she needs to give details about how her views have evolved in order to allay concerns she was apologizing while still, in fact, believing her original statements.

“If she truly was that ignorant of history, (she needs) to say, `You know what? I spoke with some historians. I was completely wrong on everything I said. I’ve learned that,”’ Lukaszuk said.

Smith’s office issued a statement Tuesday in which she apologized for the comments and denounced the Russian invasion. She said her views “have drastically evolved” and promised to meet with community members to further relief efforts.

Lukaszuk, who was a Progressive Conservative cabinet minister from 2010 to 2014, said damage has been done.

He said online response to his and Stelmach’s fundraising efforts had been overwhelmingly positive.

“Since Danielle Smith’s comments came out, I have had to personally block over 400 people on Twitter for offensive and 100 per cent pro-Putin (comments), accusing Ed Stelmach and me of funnelling money to Nazis, claiming (Ukrainian President Volodymyr) Zelenskyy is working with Israel to set up the next Jewish state in Ukraine. Just crazy stuff,” he said.

“(Smith) blew the dog whistle and they feel empowered to be able to say what they were thinking before.

“As we’re trying to fundraise, this is a deterrent. Who wants to come out and retweet my tweet that says, `Let’s raise money for Ukraine,’ when now they are going to get attacked by those hound dogs?”

Notley said Smith has a history of controversial comments stretching back years that the rest of the country is now just waking up to.

Smith made headlines on her first day in office a week ago when she said the COVID-19 unvaccinated were the most discriminated group in her lifetime. In July, she said patients have it within their power to prevent early stage cancer. There have been past online comments and links to anti-vaccine commentaries. Smith has promised to fire the board of Alberta Health Services for, in part, mandating staff get COVID-19 vaccinations.

“Now that mainstream Albertans, and mainstream Canadians and investors all around the world are getting a chance to look under the hood at some of the views of Danielle Smith, they are deeply worried. And it is deeply destabilizing,” Notley said.

Political scientist Lori Williams said the issue raises the larger question of whether Albertans have a premier with judgment to distinguish evidence-based commentary from conspiracy fantasies.

“Some of these questions are legit to ask,” said Williams, an associate professor at Mount Royal University in Calgary.

“But without a sense of (Smith’s) ability to critically assess and filter out the credible from the conspiratorial, it’s particularly problematic — and worrisome.”