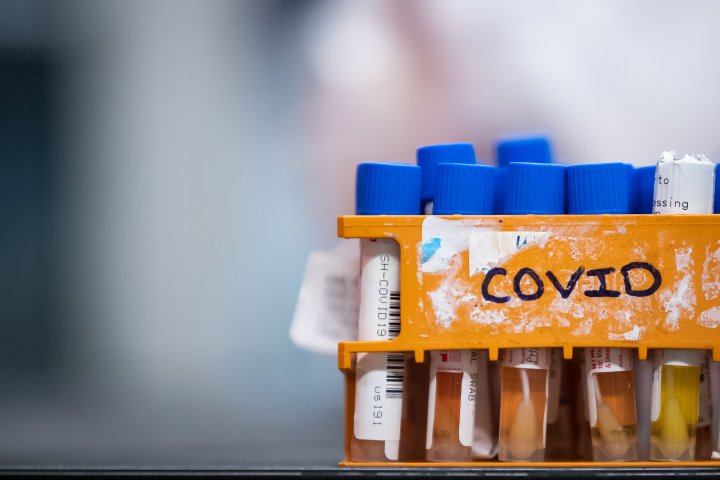 The COVID-19 pandemic is hitting troubling new highs in Ottawa as the city awaits word on new restrictions Friday.

Ottawa Public Health reported 345 new COVID-19 cases to end the week, raising the city’s total number of coronavirus infections so far in the pandemic to 21,311. One additional person has died in connection with the virus, OPH said, raising the local death toll to 480.

The number of active COVID-19 cases in Ottawa also hit 3,116 on Friday, surpassing the 3,000-case threshold for the first time.

Friday also marks the first time more than 100 people have been in hospital with COVID-19 in Ottawa at the same time. The number of COVID-19 hospitalizations jumped to 104 in the past day, up from 84 on Thursday, with 33 people in intensive care.

The Ottawa Hospital announced Thursday that it is preparing to activate surge plans that could see the local institution accommodate up to 220 COVID-19 patients if needed. Ottawa health officials have warned that the city could hit the 200-hospitalizations mark by next week.

The surging COVID-19 levels in Ottawa and across the province are prompting new public health measures Friday from both the Ontario government and local officials.

Premier Doug Ford is expected to announce new restrictions to supplement the ongoing provincial stay-home order at 2:30 p.m. on Friday.

Ottawa officials, meanwhile, have been mulling placing new rules on some outdoor amenities and reducing opening hours on some “problematic parks” to discourage gatherings in the city.

Dr. Brent Moloughney, deputy medical officer of health, said on Wednesday that OPH plans to issue a Section 22 class order similar to the directive in the winter that put capacity limits on popular amenities and made masks mandatory at those sites.

He flagged play structures, skate parks and basketball parks as likely targets of the order.

Ottawa city staff also announced earlier this week it will place closing times of 9 p.m. rather than 11 p.m. on some local parks, subject to the ward councillor’s approval.

Both sets of restrictions were expected to come into effect by the weekend.

Global News has reached out to OPH and the city for details on the new directives or when the specifics of the orders will be released.

OPH says the city has so far administered 254,410 doses of the COVID-19 vaccine locally, representing 82 per cent of the doses received to date. Roughly 24 per cent of eligible Ottawa residents have so far received at least one dose of the vaccine and three per cent are considered fully vaccinated.