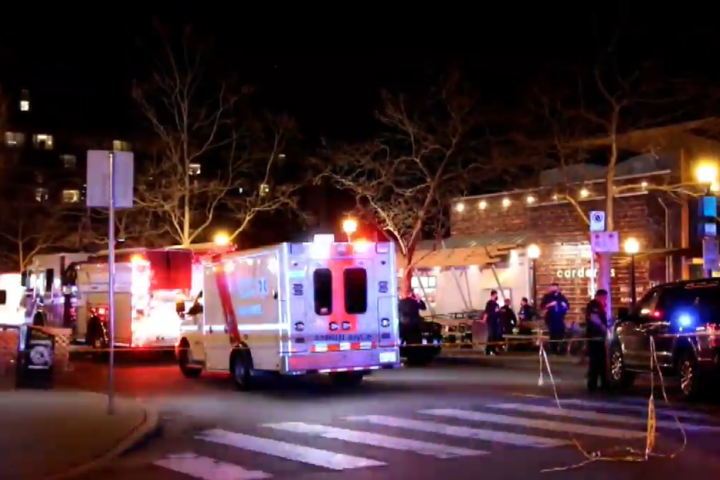 One person is dead following an apparent shooting in Vancouver’s Coal Harbour on Saturday night.

Witnesses said they heard what sounded like three gunshots outside Cardero’s Restaurant off Coal Harbour Quay around 9 p.m.

There were also reports of two men running from the scene, and a third on the ground.

A Global News camera spotted a handgun on the sidewalk near the victim.

There was also a heavy police presence at an apartment building about three blocks away, near Broughton and Pender streets.