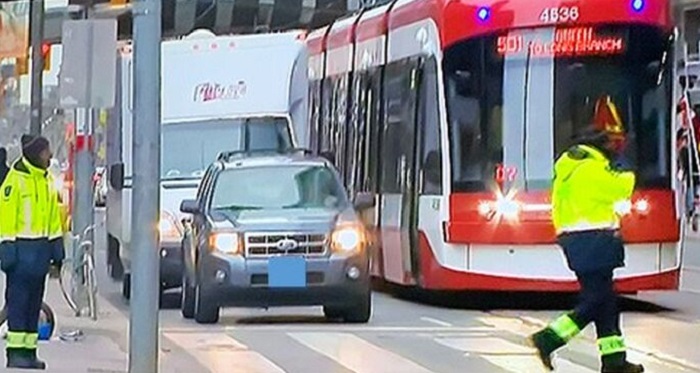 TORONTO — A driver faces several criminal charges for allegedly knocking into a Toronto special constable with his car.

Police say the man was angry at being directed to go straight through a downtown intersection rather than make a turn.

They allege he disobeyed the direction and struck the traffic agent multiple times with his car.

The agent was not hurt.

The 19-year-old driver from Amaranth, Ont., faces charges of assault with a weapon, and assaulting a peace officer.