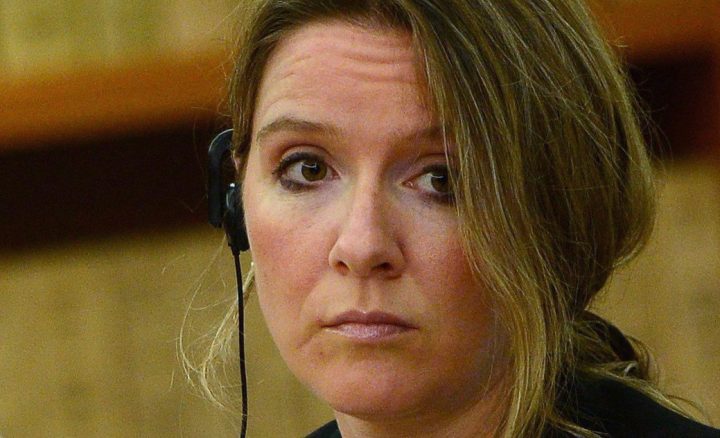 Prime Minister Justin Trudeau‘s chief of staff Katie Telford repeatedly did not answer multiple questions from members of the defence committee Friday about who made the decision not to tell the prime minister about a 2018 allegation against Gen. Jonathan Vance.

Telford was asked roughly 10 times by Conservative members of the committee to clarify why Trudeau appears not to have been informed about the allegation. He has said he was not “personally aware” of the allegation in 2018 and that while his office knew of an allegation, they did not know the details.

She responded to those questions by saying only that her office was contacted by Defence Minister Harjit Sajjan’s office asking for advice on how to handle an allegation.

“All we knew was that the ombudsperson at the end of the meeting pulled the minister aside and suggested he had a complaint and an envelope as I understand it,” she said.

Telford later noted when pressed once more that “the answer is that there wasn’t an allegation in terms of something – we didn’t know the nature of the allegation.”

At several points, Conservative members on the committee interrupted Telford when she described the timeline of receiving the request from Sajjan’s office rather than answering the question of who appears not to have told Trudeau of its existence.

The interruptions led to the Liberal chair of the committee to intervene to tell members to allow the witness to continue speaking without interruption, which prompted Conservative members to argue that she was not answering the question.

Trudeau had said earlier in the day that he would let Telford speak for herself.

“Katie Telford has been leading on these issues for many years now,” he told reporters on Friday.

“I will let Katie speak for herself this afternoon but I know this was important for her to be able to share her perspective on these issues at committee.”

He has said he did not personally know of the 2018 allegation.

Telford’s appearance comes as the government faces intense scrutiny over its handling of a 2018 allegation shared with Sajjan, and the Prime Minister’s Office, by the then-military ombudsman.

Officials at the PMO say they referred the matter to bureaucrats at the Privy Council Office, who quickly launched and then abandoned a probe.

Telford is Trudeau’s close confidante and most senior adviser.

Elder Marques, a former senior adviser to Trudeau, testified two weeks ago that Telford was aware of what he described as a “personal misconduct” allegation against Vance.

Trudeau has claimed “no one knew it was a Me Too complaint,” yet bureaucrats were characterizing the allegation as one related to “sexual harassment” within hours of being informed.

Telford also appeared to contradict testimony given by Marques, who said he first learned of the allegation against Vance on March 2, 2018, from either Telford or her assistant.

She said that she first learned of the matter from Marques on that date.

“Yes, that’s correct,” she said in French when asked to verify that she was testifying she first learned of the allegation from Marques, before adding that she couldn’t remember the details of whether Sajjan’s chief of staff might have also spoke with her earlier.

“I don’t recall whether the chief of staff and I directly spoke in the first instance or she spoke with my office, or whether a voicemail was left and it was passed on to Mr. Marques,” Telford said.

She reiterated that the “details and the nature of the complaint” were not known.