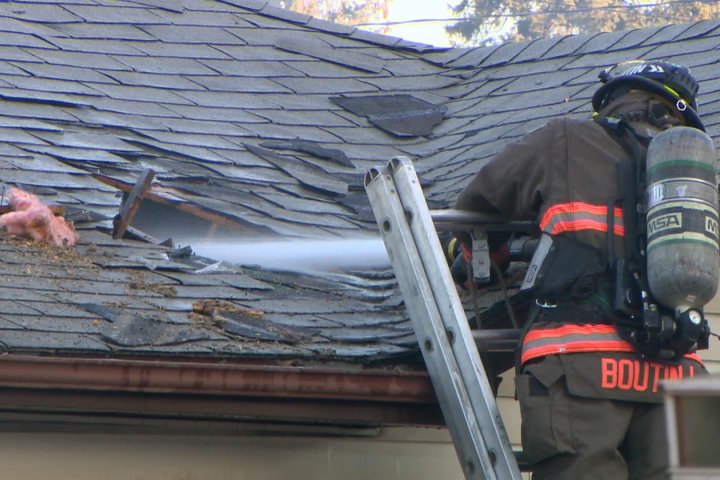 Investigators are still trying to determine the cause of a fire that damaged a home in Saskatoon’s Exhibition neighbourhood on Tuesday morning.

The Saskatoon Fire Department (SFD) said a call came in at 4:24 a.m. reporting a structure fire in the 2100 block of Coy Avenue.

The rear of a bungalow was fully involved when firefighters arrived, the fire department said in a release.

Crews said the roof then became fully involved and said there were signs of a roof collapse on one side of the home 26 minutes after the call came in.

Crews then moved to a defensive mode to protect exposures and put out the fire from a safe distance.

No injuries have been reported.

The scene was turned over to a fire investigator at 7:14 a.m. SFD said Saskatoon police are assisting with the investigation.