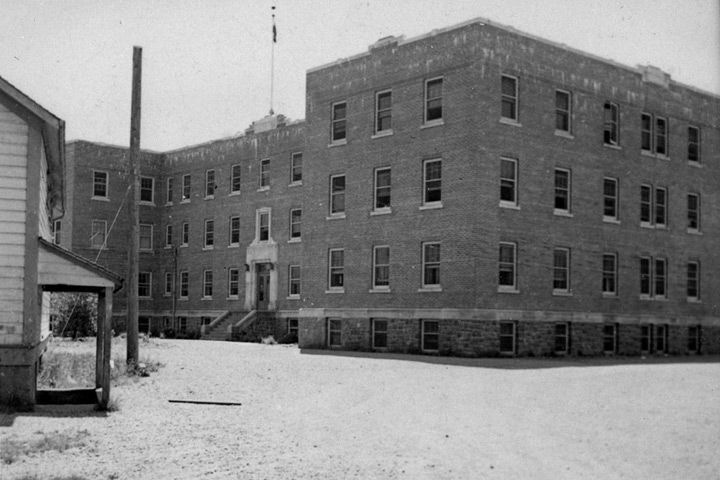 Warning: Some of the details in this story may be disturbing to some readers. Discretion is advised.

Survivors have long told about the tragic history of Canada’s residential schools.

The Truth and Reconciliation Commission of Canada (TRC), a body mandated to tell Canadians about the truth of residential schools, spent years collecting survivors’ stories and compiling historical evidence of what happened there.

The TRC issued a series of reports in 2015, describing what it learned.

Last week, the remains of 215 children were uncovered in unmarked burial sites where the Kamloops Indian Residential School in B.C. was located.

“It’s tragic, it’s horrifying and it was painful,” Perry Bellegarde, national chief of the Assembly of First Nations, said of the discovery in an interview with Global News on Monday.

Read more: ‘They were monsters that did this:’ Kamloops residential school survivor speaks out

While most of the Commission’s 94 calls to action have not been completed, the reports contain valuable information about the schools and what went on there.

Here are some key findings about Canada’s residential school system.

What were residential schools?

These were boarding schools for Indigenous children, that didn’t exist just to teach them school subjects, but “primarily to break their link to their culture and identity,” according to the Commission’s report.

In an 1883 speech to the House of Commons, detailed in the report, Canada’s first prime minister, John A. Macdonald, explained:

“When the school is on the reserve, the child lives with its parents, who are savages; he is surrounded by savages, and though he may learn to read and write his habits, and training and mode of thought are Indian. He is simply a savage who can read and write. It has been strongly pressed on myself, as the head of the Department, that Indian children should be withdrawn as much as possible from the parental influence, and the only way to do that would be to put them in central training industrial schools where they will acquire the habits and modes of thought of white men.”

Students at the schools were separated from their families, forbidden from speaking their own language or engaging in their cultural practices and many were mistreated and abused, according to the report.

When did they start?

The first residential school opened in Brantford, Ont. in 1831, before Confederation, although there were a handful of schools run by missionary groups even earlier than that.

In 1847, Egerton Ryerson — who Ryerson University in Toronto is named after — was superintendent of schools in Upper Canada, and wrote a report recommending the establishment of residential schools for Aboriginal students in the province.

Soon after his report, in the 1850s, Methodist missionaries established a number of such schools in southern Ontario. Other schools were opened in British Columbia and the Northwest Territories in the 1860s.

Post-Confederation, the federal government became more involved in residential schools in the 1880s, and the number of schools expanded.

A total of 139 residential schools were identified in the Indian Residential School Settlement Agreement, though this doesn’t include those run by provincial governments and those run solely by religious orders, according to the TRC.

A map of the schools can be found here.

How many people attended residential school?

At least 150,000 First Nations, Inuit and Métis children passed through the residential school system, according to the TRC.

Residential school students were subject to physical and sexual abuse by staff, were often malnourished or underfed, and lived in poor housing conditions that threatened their safety, according to the TRC reports. Infectious diseases like tuberculosis and influenza often ran rampant among the students, leading to many deaths.

Read more: In their words – What residential school survivors told the Truth and Reconciliation Commission

In addition to attending class, students at many schools also had to perform chores to maintain the school and even sometimes do farm work to feed the school.

How many people died?

These numbers might not include students who got sick and school and were sent home, where they later died, or Métis students whose attendance at school wasn’t funded by the federal government but who may have died there.

“Due to the limitations in the records, it is probable that there are many student deaths that have not been recorded in the register because the record of the death has not yet been located,” the Commission wrote in its report.

Read more: ‘Tip of the iceberg.’ Experts say more burial sites, like at B.C. residential school, could be found

Indigenous children in residential schools died at far higher rates than other Canadian children, even for the time, the report notes.

According to the report, many children died from infectious diseases – in particular tuberculosis – fires in school buildings, suicide, drowning, and other accidental causes.

Where are they buried?

The recent discovery of unmarked burial sites containing 215 bodies at the site of the Kamloops Residential School in B.C. has highlighted how there is still a lot to learn about where these children are buried.

In a report attached to the Commission’s work, anthropologist Scott Hamilton of Lakehead University noted that, “Most of these children died far from home, and often without their families being adequately informed of the circumstances of death or the place of burial.”

Generally, Hamilton writes, children who died at school were likely buried at the school, or in nearby municipal or church cemeteries. Some of these locations are known and the cemeteries still maintained, but some are not.

“For the most part, the cemeteries that the Commission documented are abandoned, disused, and vulnerable to accidental disturbance,” wrote the TRC in its report.

When did the schools close?

Residential schools are not just artifacts from long ago. The last residential school in Canada closed in 1996, meaning that there are many survivors who are still dealing with the effects.

“You know, psychologically, it had an impact on native children,” Shirley Williams, a residential school survivor and professor emerita at the Chanie Wenjack School for Indigenous Studies at Trent University, told the Bill Kelly Show on Tuesday.

“I’m a human being. It could be any kind of human being. It doesn’t leave a person until there is healing or some kind of restitution to make that person become whole again.”

Anyone experiencing pain or distress as a result of their residential school experience can access the 24-hour, toll-free and confidential National Indian Residential School Crisis Line at 1-866-925-4419.

-with files from Global News’ Bill Kelly and Crystal Oag