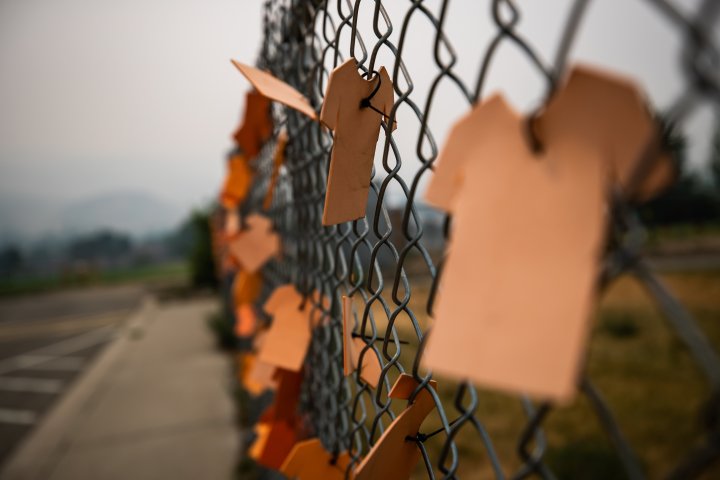 A Canadian military team that specializes in the forensic identification of battlefield remains is willing and able to assist any Indigenous communities that want their help in trying to identify the remains found in unmarked burial sites at former residential schools.

Thousands of Indigenous children went missing or died while attending the schools, which were run by the federal government and Christian churches as part of a systemic effort to assimilate them.

In recent weeks, preliminary archaeological surveys using ground-penetrating radar at the sites of several former residential schools have uncovered the locations of what are believed to be unmarked burial sites containing the remains of more than 1,000 Indigenous children forced to attend the schools.

Read more: ‘Look for our children’: New AFN chief says every residential school will be examined

Tk’emlúps te Secwépemc Chief Rosanne Casimir said on Thursday that her community wants federal support and resources to be able to identify the remains found at the site.

“We have a responsibility and the obligation to identify the unmarked graves found within our jurisdiction,” she said.

Global News asked Defence Minister Harjit Sajjan whether the military’s Casualty Identification Program could offer resources or expertise if asked to do so by an Indigenous community.

“The recent discovery of these unmarked graves is heartbreaking. As the country mourns the loss of innocent children who never came home from residential schools, we will continue to strengthen support for survivors, families, and communities,” said Sajjan in an emailed statement.

“We are willing to provide any assistance to help with Indigenous-led efforts at the request of Indigenous leaders.”

A spokesperson for the Department of National Defence echoed that offer.

“The Canadian Armed Forces stands ready to assist in any way that may be requested, including with the expertise of the Casualty Identification Program, as Indigenous communities and families and Canadians across the country deal with this tragic situation, if asked,” said Lt. Jean Doyon in an email.

Sajjan’s office said no such request has yet been received.

The Casualty Identification Program is a team within the Department of National Defence that specializes in the identification of war dead through battlefield remains.

When remains are found, the team steps in to work via a team trained in a variety of historical and forensic fields to try and figure out who the person was, and how they can be reburied with dignity.

The tools used vary, but typically involve a combination of digging through military personnel records for things like names, height and identifying features; archaeological excavation and research, DNA testing, assessing dental records and genealogical research. They also use stable isotope analysis, which is lab testing looking at the chemical composition of tooth enamel.

“The body absorbs oxygen from water and food over a lifetime. The amount of absorbed oxygen isotopes will be different based on geography,” according to the team’s website.

“Because the values of these oxygen isotopes have been recorded in a global database, they can be used to show where someone has lived.”

All of that gets cross-referenced with records on military units deployed to specific areas and military medical records with the goal of putting a name to remains for a proper burial.

The program launched in 2007 and has positively identified more than 30 Canadian soldiers and 19 foreign soldiers in the years since.

The new national chief of the Assembly of First Nations, RoseAnne Archibald, said on July 10 that the site of every former residential school in Canada must be searched for unmarked burial sites.

The federal government and provinces have pledged millions of dollars to support the communities that want to uncover unmarked sites while some communities are also turning to crowdsourcing to try to buy ground-penetrating radar equipment themselves.

Experts say exhuming and identifying any remains will likely take months if not years of work.