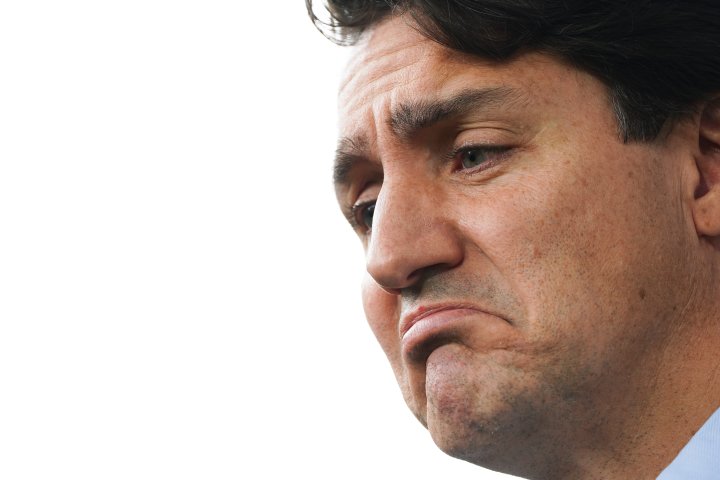 Howard Anglin was Senior Advisor, Legal Affairs and Policy, and deputy chief of staff to former Prime Minister Stephen Harper. He is a postgraduate researcher in constitutional law at Oxford University.

Only the most fanatical Justin Trudeau partisans will begrudge Jody Wilson-Raybould for her moment of revenge.

Reading the first excerpt of her book, I did find myself occasionally cocking an eyebrow at the portrayal of a wide-eyed innocent who somehow awoke to find herself in a den of partisan thieves.

Read more: ‘I did not want her to lie’: Trudeau rejects Wilson-Raybould’s claims about SNC-Lavalin talk

It was, after all, the Liberal Party she had joined—the most ruthless and successful vote-winning machine in Western politics this side of Mexico’s PRI—not the parish altar guild.

But setting aside questions of systemic hypocrisy and looking only at the SNC-Lavalin imbroglio, it is as clear today as it was in 2019 that Wilson-Raybould was right and Trudeau was wrong.

She was right as attorney general to rebuff political pressure to offer SNC-Lavalin a deferred prosecution agreement— a slap on the wrist that would have seen the engineering and construction company avoid criminal conviction and remain eligible for more federal contracts — and Trudeau and his office were wrong to pressure her to consider it.

Now, she is fully justified in reminding us of that fact. And if the book’s self-righteousness message is belied by the calculated timing of its release, well, she has earned the right to say “I told you so” at the time of her choosing.

As far as the election goes, the most important revelations are about Trudeau’s character.

To constitutional law nerds like me, however, the highlight is Wilson-Raybould’s disagreement with the prime minister over the role of the Attorney Genereal, including her description of a freshly briefed Trudeau expatiating scholastically on the nuances of the Shawcross doctrine before she drily punctures his condescension with the comment: “You have been talking to a lawyer.”

Coming from someone who was until a few weeks earlier “his” lawyer, at least in his capacity as head of government, the comment is doubly ironic.

Wilson-Raybould had, by her account, explained the doctrine and its implications at length to Trudeau, as well as to his principal secretary, Gerry Butts, and the Clerk, neither of whom is a lawyer but both of whom were nevertheless dispatched to try to explain their version of it to her and her lawyer chief of staff.

Although most Canadians, including most politicians, probably haven’t heard of the Shawcross doctrine (named for former U.K. Attorney General Sir Hartley Shawcross), that is because the principle is so fundamental to our system of government that it is rarely challenged.

Stated simply, it says that when making decisions about criminal prosecutions, the attorney general must not be influenced by politics.

The reason for the doctrine is obvious. The alternative is a persistent temptation of the government of the day to punish its enemies and reward its friends by manipulating the criminal justice system.

We have seen how this plays out in the American system, where presidents from Roosevelt to Trump have blurred, and sometimes denied outright, the line between legal and political power, and thereby undermined public confidence in their criminal justice system.

It is not, despite the repeated attempts to convince Wilson-Raybould otherwise, a particularly complicated doctrine. The prime minister’s own website sets it out clearly:

“The Attorney General and the [Director of Public Prosecutions] are bound by the constitutional principle that the prosecutorial function be exercised independently of partisan concerns. However, it is appropriate for the Attorney General to consult with Cabinet colleagues before exercising his or her powers … in order to fully assess the public policy considerations relevant to specific prosecutorial decisions.”

For the purposes of the SNC-Lavalin affair, the most important point is that it is up to the Attorney General to initiate any consultation with her Cabinet colleagues, not the other way round.

This important distinction ensures that the attorney general can gather any information she thinks she needs to make a fair prosecutorial decision without having the views of her political colleagues, much less those of partisan staffers, pressed upon her.

When Trudeau defended his government by saying that certain “conversations [with Wilson-Raybould] were perceived in different ways and I regret that,” he inadvertently demonstrated the value of the Shawcross doctrine, which is to prevent exactly this sort of misperception.

It is designed to avoid the confusion of public interest and partisan interests that appears to have suffused Trudeau and his office’s persistent attempts to get Wilson-Raybould to reconsider her decision not to cut a deal for SNC-Lavalin.

This confusion was clear in Butts’s appearance before a parliamentary committee after Wilson-Raybould was shuffled out of the office of Minister of Justice and Attorney General.

Although he denied that the Prime Minister’s office had pressured the Attorney General inappropriately, in every relevant respect he confirmed her core complaint.

Butt’s testimony that day was a jumble of half-digested legal principles and special pleading, beginning with the unpromising admission that “I am not a lawyer, but I have extensive experience in government.”

He couldn’t have summed up the problem better.

Through all the finger-pointing, denials and recriminations, one thing shines through: the attorney general, rightly, saw the prosecution of SNC-Lavalin as a legal matter to be resolved by the criminal justice system, while the prime minister and his office saw it as a political issue that could be managed like any other.

This is as it should be in a democracy. A system that removed all political considerations from government would also remove the accountability that distinguishes responsible government from technocratic authoritarianism. But because it is a political system, in certain key moments it relies for its stability on the moral steadiness of its political actors.

In the SNC-Lavalin case, Wilson-Raybould rose to that challenge. Her personal integrity preserved the institutional integrity of our system, but it cost her her job.

In timing her revenge for the last week of a federal election in which her old boss is fighting for his political life, she has shown that she is not only more principled than the prime minister, but every bit as ruthless politically.