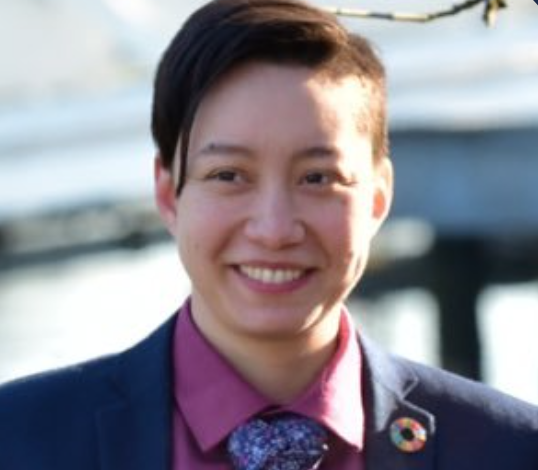 The Green Party has named Dr. Amita Kuttner as interim leader on Wednesday.

They are the youngest and first transgender and east-Asian person to ever lead a national party, according to the Greens.

The 30-year-old is an astrophysicist with expertise in black holes and is the founder of the Moonlight Institute, a non-profit that explores responses to climate change.

Kuttner was in the running to replace former leader Elizabeth May but lost to Annamie Paul, who since faced turmoil within the party and stepped down in November.

Kuttner ran as a candidate in Burnaby-North Seymour in the 2019 general election.

“I am honoured to have been selected to lead our party during this time of transition and renewal,” said Kuttner in a statement.

“I take on this responsibility fully aware of the magnitude of the challenges we are facing but convinced that we will overcome them and emerge stronger, more united and more confident about our vital role in national politics.”

Federal Council President Lorraine Rekmans said the appointment is a step towards “reinvigorating” the party that has had trouble lately with infighting.

“We will work closely with them and I am very pleased that they will be bringing their expertise to our collective efforts to rebuild the federal Green Party,” she said.

Kuttner was among 20 other candidates for the position. Paul Manly, who was backed by May and was a former MP who lost his B.C. seat in the September election, withdrew Wednesday from the leadership race.

His withdrawal was a surprise to senior leaders, prompting speculation that he might run for the permanent position.

The party must now hold a leadership contest within six months, according to its constitution.

Paul had said that being the leader of the Greens was the worst period of her life as the party saw support fall during the last election, losing a significant portion of the popular vote and returning to Parliament with two MPs.

— with files from the Canadian Press