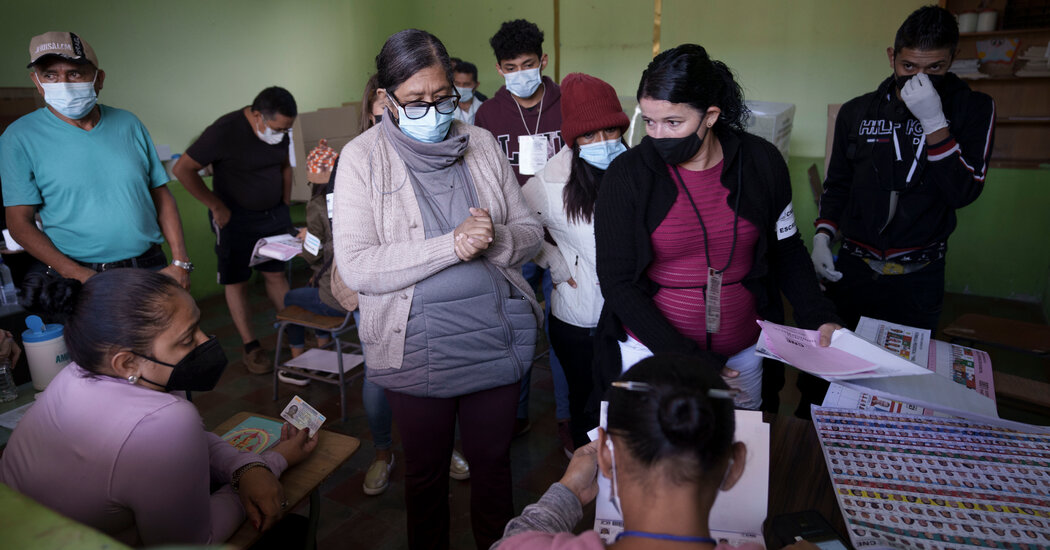 Hondurans cast their vote Sunday in a largely peaceful, orderly election, that was nonetheless marred by deep polarization, technological shortcomings and fears of fraud.

First polls began to close at 5 p.m. local time and the electoral council is expected to announce first results at 8 p.m. The announcement will test the council’s ability to deliver credible results after a profound overhaul of the electoral system, which was triggered by widespread accusations of fraud in the last general election in 2017.

Both main political parties, however, claimed to have won in nearly identical Twitter messages posted while people were still casting votes in the late afternoon.

Civil society leaders said their biggest concern was the untried electronic scanning machines, some of which were delivered to polling stations just days before the vote.

On Sunday, some polling stations still had not received the scanning machines or were unable to set them up. It was not clear how they would transmit results.

Some voters have also complained of not being able to cast their vote because of the recent overhaul of the electoral roll. The process eliminated nearly one million people in what the reform’s proponents said rid the system of the deceased or emigrated voters whose data was utilized for electoral fraud.

The vote was also marred by the outages of the electoral council’s website, which was down for most of the day, breeding fraud conspiracies among the already suspicious population. The council said it was investigating whether the outage was caused by a cyberattack, without providing additional details.