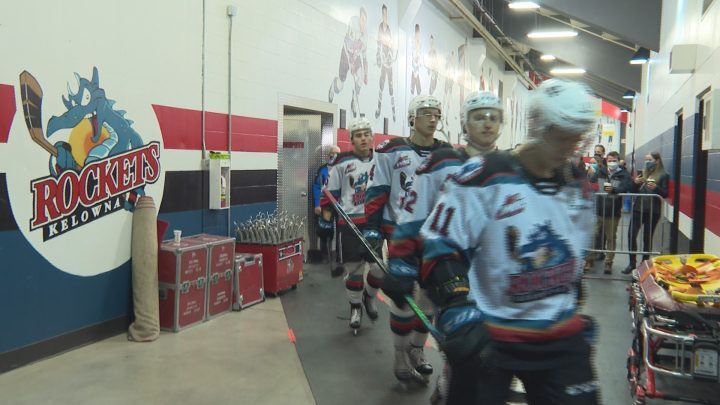 In the Canadian Hockey League, the worlds’ top junior hockey league, the stakes are high and so is the pressure.

But when it comes to the world of hockey, mental health can still be something that’s not openly talked about.

However, the CHL and the Canadian Mental Health Association are trying to change that with a program called ‘Talk Today’

“It’s really all about making sure that people are comfortable coming forward to talk about the challenges they may be having in mental health,” said WHL commissioner Ron Robison.

“Whether it’s combining being a student athlete, combining school with playing hockey, the competitive schedule, their performance on the ice, there is a variety of different things they are challenged with,” Robison explained.

“We really want to start that conversation to make sure that they are comfortable and aware that if they raise these concerns to the teams or a teammate that there is support there for them.”

“Back in ’92, ’93 when I was still when I was still playing with Los Angeles, I thought I called it an episode but looking back it was clearly a mental health issue I had,” Hrudey told Global News.

Now a broadcast hockey analyst, Hrudey has been very open about his struggles with mental health.

That’s why Hrudey supports the CHL’s Talk Today program as its unofficial spokesperson — because he wants remove the stigma attached to mental health issues and encourage everyone to get help, whether they play hockey or not.

“That’s my message to everybody watching this: you are not alone and you won’t believe the difference in your life if you go talk to somebody,” Hrudey said.

In My Homeland, the Smell of Death on a Summer Afternoon