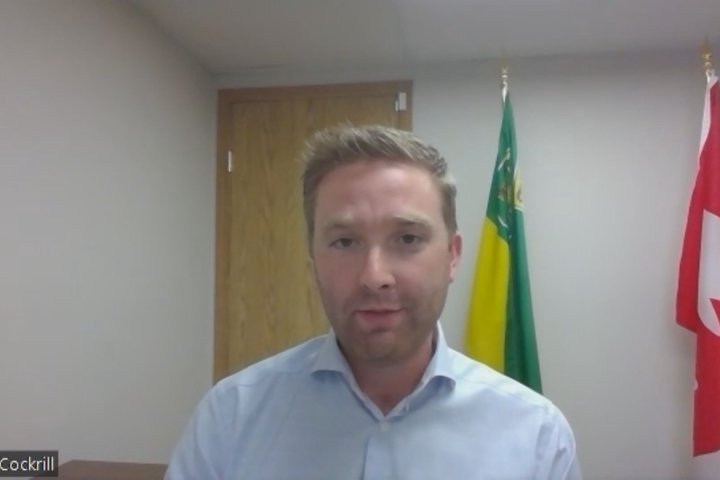 In a letter addressed to the federal minister responsible for Environment and Climate Change Canada (ECCC), the Saskatchewan government wrote a letter demanding an explanation as to why his department is trespassing on private property without written permission.

Jeremy Cockrill who is the Saskatchewan Minister Responsible for Water Security Agency posted the letter addressed to Steven Guilbeault detailing a couple of reports received from different farmers in the province of marked Government of Canada vehicles on their property unannounced and where they hadn’t sought permission.

“As producers try and get through harvest and then to see these black suburbans rolling around their property unannounced, that’s a little bit disconcerting … in a couple of these instances, they were actually taking water samples out of a private dugout,” said Cockrill. “When approached, it’s our understanding that the federal employees told the producers that they were testing for pesticide residue and nitrates.”

Cockrill said farmers near Pense, Pilot Butte and Mossbank reported encountering federal workers on their land. Cockrill’s letter goes as far as to say trespassing laws are being broken and says the action interferes with the Water Security Agency’s mandate.

“I do think it is a moot point … if they have authority under a piece of federal legislation, then why not tell the landowner that? Why not seek that permission? Why not at least notify the landowner why they’re going on the land and under which authority they can do so … if the federal government has a concern about water quality, it’s also incumbent on them to notify the Saskatchewan Water Security Agency.”

In statement from the ECCC, a spokesperson said they are currently looking into the matter internally and have become aware of an incident that occurred on Aug. 11 near Pense where samples were being taken.

“ECCC staff have been collecting samples in water bodies at targeted sites across Canada for Health Canada this year; no nitrates or other nutrients are being sampled as part of these sampling activities,” according to the statement. “ECCC is reviewing sampling protocols to ensure they are consistent with area laws before doing any further sampling.”

ECCC added that they have no record of the other two occurrences and concluded that they are reviewing protocols to ensure they are consistent with area laws before doing any further sampling.